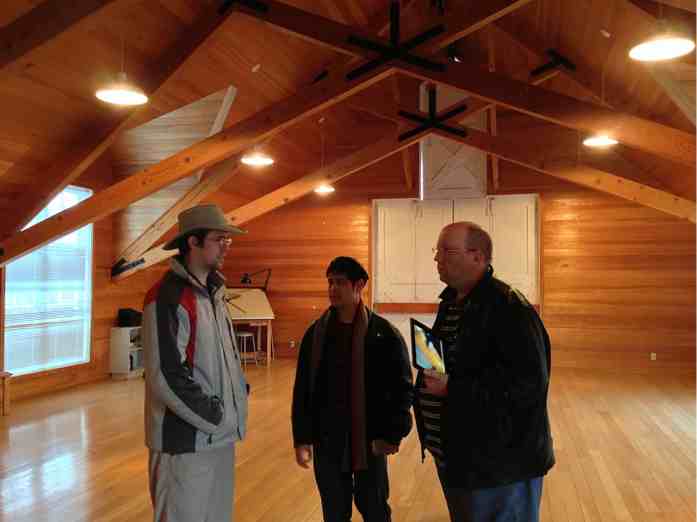 Cinematographer Dave Berry, director J.T. Tepnapa and writer-producer Jody Wheeler inspect one of the locations for ‘The Dark Place’ near Hillsboro, Ore.

PORTLAND, Ore. — The Dark Place goes before the camera this spring near Portland, shooting in rural wine-growing locations and in the town of Hillsboro, announced Blue Seraph Productions.

The small-budget independent feature, directed by J.T. Tepnapa, is set to shoot for 20 days, starting April 19, bringing lead actors and its creative team from Los Angeles and Seattle.

The production plans to fill most of its cast from local actors, and to hire most of its crew locally, as well.

The mystery-thriller is being produced by Blue Seraph Productions of Seattle and Los Angeles, whose first feature, Judas Kiss, produced in Seattle in 2010 and released in 2011, went on to win awards at film festivals across the globe, garner worldwide DVD, Blu-ray, television and Video on Demand distribution, as well as digital distribution via iTunes, Hulu and Netflix, among others.