Our Kickstarter Project Ranked No. 1 on Kicktraq’s Hot List 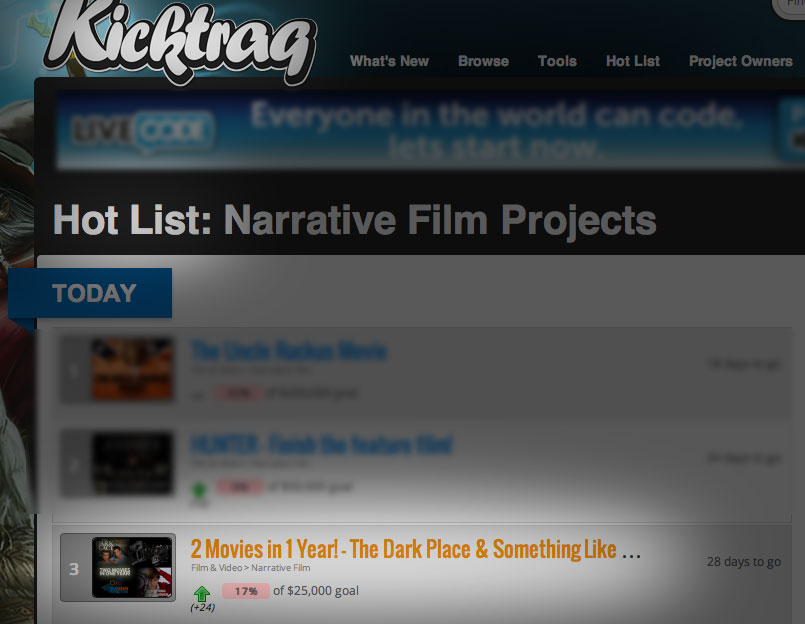 The website Kicktraq, which Wired magazine calls “the Google Analytics of Kickstarter,” named our Kickstarter campaign  No. 1 on its Hot List for Narrative Films today!

In addition to providing cool infographics about every Kickstarter project out there, Kicktraq publishes lots of information about Kickstarter specifically and crowdfunding in general.

Here’s some of the data Kicktraq displays about our Kickstarter campaign: