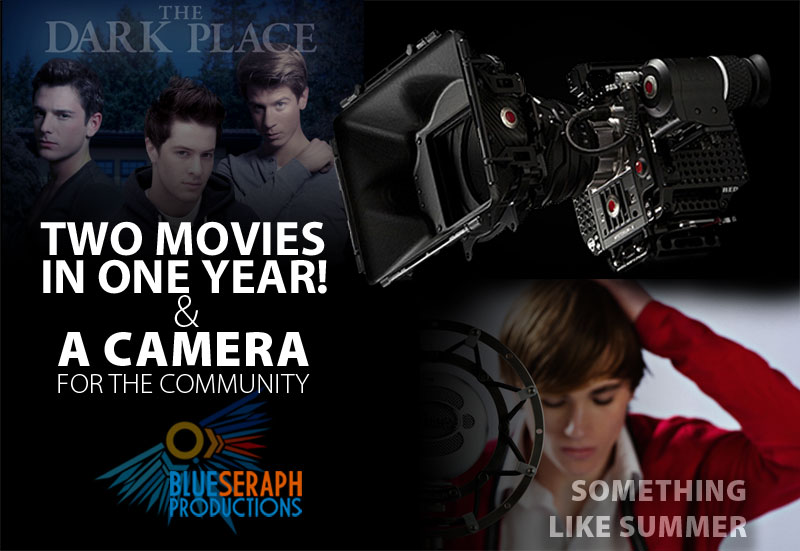 SUCCESS The Kickstarter campaign for The Dark Place and Something Like Summer‘s new RED Scarlet camera came to a successful conclusion, raising $34,624 in its month-long effort from 281 backers.

“This was a team effort,” said producer Carlos Pedraza. “It brought us 281 wonderful backers to whom we are grateful for their support.”

Pedraza and his Blue Seraph Productions partners, director J.T. Tepnapa and writer-producer Jody Wheeler, had aimed to raise $25,000 via Kickstarter, targeted toward the camera purchase. They met that goal Saturday morning, with two days left for stretch goals.

A NEW FOCUS They shifted their focus from money to backers. “Funding is important, but building a relationship with supporters is a higher priority for the long term,” Pedraza said. 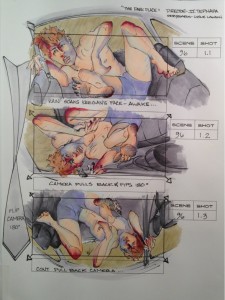 STORYBOARD REWARD All backers will get a page of storyboards for The Dark Place.

The team set its first stretch goal to increase the number of backers to 250. The campaign reached its monetary goal with 215 backers on its second-to-last day. As a reward to all 250 backers, the campaign offered each one a page of storyboards depicting a planned action sequence in The Dark Place.

The campaign reached its stretch goal mid-day on the final day. That led to the second stretch goal — 300 backers by the conclusion of the fundraising effort. Producers offered the backers a virtual visit to the working set of The Dark Place when it shoots this spring in Oregon’s wine country.

TIME RAN OUT before reaching the 300-backer goal; 281 was the final number.

“We’re happy our projects attracted so much support,” Pedraza concluded. “Independent films are often more about passion than profit but such generous financial backing makes production and distribution of films like ours a viable proposition, both artistically and commercially.”

He added, “We look forward to staying in touch with our backers for a long time, giving them first notice of the big events we see in the future for The Dark Place and Something Like Summer  — casting, starting production, world premieres, film festivals, lining up distribution, and, finally, delivering the finished product to their doors and/or video screens.”