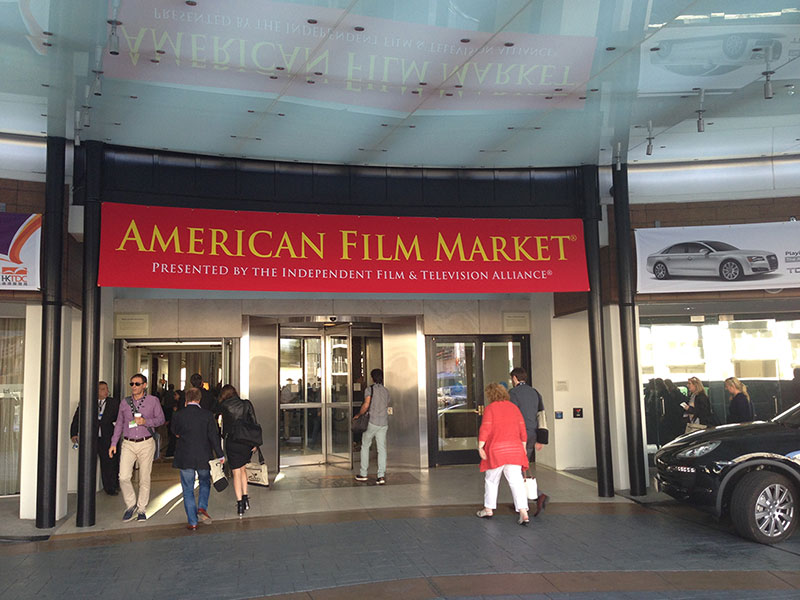 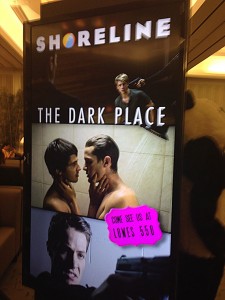 TEASER The first teaser poster for ‘The Dark Place’ on display at the AFM conference, courtesy of Shoreline Entertainment.
(Photo by Jody Wheeler)

SANTA MONICA, Calif. — Today was the first day of the American Film Market (AFM) conference, and our sales and distribution partner, Shoreline Entertainment, made sure The Dark Place is getting noticed.

AFM is considered the premiere global film marketplace, where Hollywood decision-makers and trendsetters all gather under one roof. Unlike a film festival, the AFM marketplace is where production and distribution deals get closed. Over the course of just eight days, more than $800 million in deals will be sealed — on both completed films and those in every stage of development and production — making AFM a must-attend industry event.

Shoreline Entertainment, which picked up worldwide rights to The Dark Place just this week, moved quickly to prepare initial marketing materials to spotlight its acquisition at AFM, including the poster pictured here.

PRETTY GREAT “We feel pretty great about our partnership with Shoreline, seeing how quickly they turned around to proudly trumpet the film’s acquisition,” said producer Carlos Pedraza. “While the film is still in post-production, AFM gets us on the early radar of international distributors and film festival programmers.” 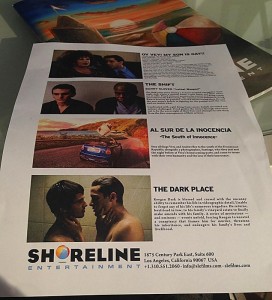 FLYER Shoreline Entertainment included ‘The Dark Place’ on its slate of films at the American Film Market.

More than 8,000 industry leaders converge in Santa Monica for eight days of dealmaking, screenings, seminars, networking and parties. Participants come from over 70 countries and include acquisition and development executives, agents, attorneys, directors, distributors, festival directors, financiers, film commissioners, producers, writers, the world’s press all those who provide services to the motion picture industry.

The Dark Place director, Jody Wheeler, was on hand today at the AFM opening at Santa Monica’s Lowes Hotel, the headquarters for the conference.