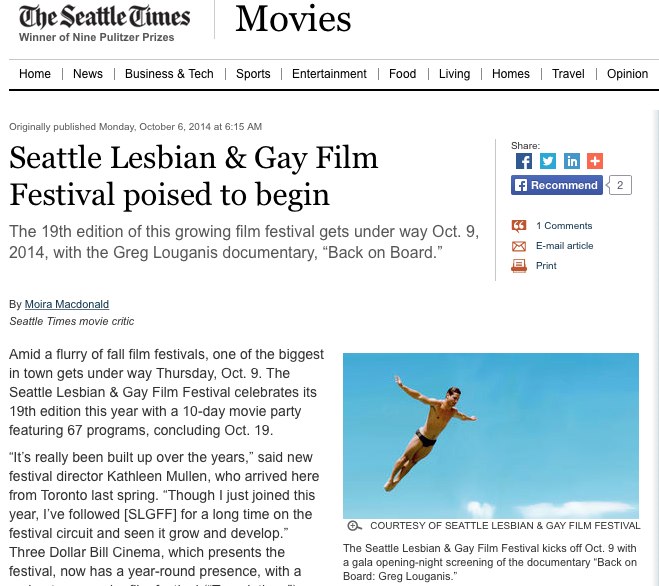 IN ITS PREVIEW of the Seattle Lesbian & Gay Film Festival opening next week, the Seattle Times spotlighted The Dark Place‘s producer Carlos Pedraza as a local filmmaker featured in the festival’s “Local Connections” selection.

Carlos also has a short film screening the same day at the Seattle festival.

Read the Seattle Times preview of the festival »

The festival, produced by Seattle’s Three Dollar Bill Cinema, has three venues this year: SIFF Cinema Egyptian and Northwest Film Forum through Oct. 17, with the final weekend at AMC Pacific Place. Tickets are available through threedollarbillcinema.org, or in person at the festival box office at Gay City Health Project (517 E. Pike St., through Oct. 8), or at theater box offices during the festival.

Pricing ranges from $12 for individual tickets to $225 for a full festival pass; a good deal is the Six Pack Special, which gets filmgoers six tickets for the price of five. See threedollarbillcinema.org for more details.