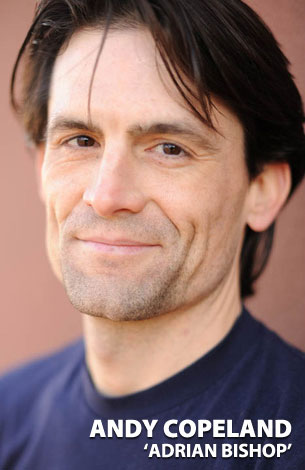 ANDY COPELAND (Adrian Bishop) is a well-known Portland stage and screen actor. He was most recently cast in the Web series, Everything Will Be Fine, and has also starred in the films The Surrogate, The Broadcast, Ante Meridian, Love Letter and Friendly Fire.

He has also graced the stage in such shows as Crossing Delancey, American Heritage Cabaret, The Physicist, Memory of Water and Last Night of Ballyhoo.

Andy is a graduate of the Portland Actors Conservatory, and has a B.A. in vocal performance from Southern Nazarene University.