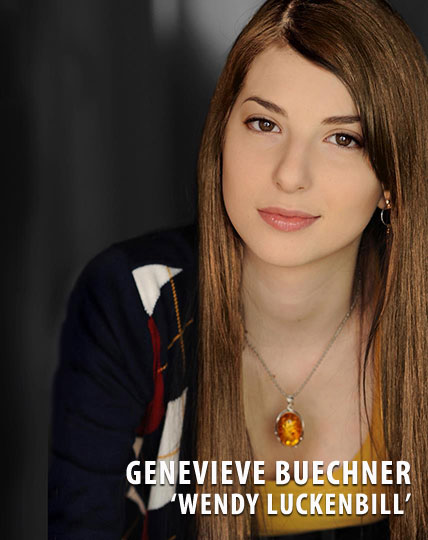 GENEVIEVE BUECHNER (Wendy Luckenbill), a Canadian actress, is well known for her starring turn in the Syfy Network’s drama, Caprica, in which she played Tamara Adama. She is also a veteran of many other network TV dramas, such as The Killing, R.L. Stein’s The Haunting Hour, Supernatural and The 4400, and has also appeared in the features Elopement and Jennifer’s Body. She has appeared in more than 30 features and TV series.

In The Dark Place, Genevieve’s character, Wendy, is the linchpin in the mystery that threatens Keegan Dark (Blaise Embry) and his family.