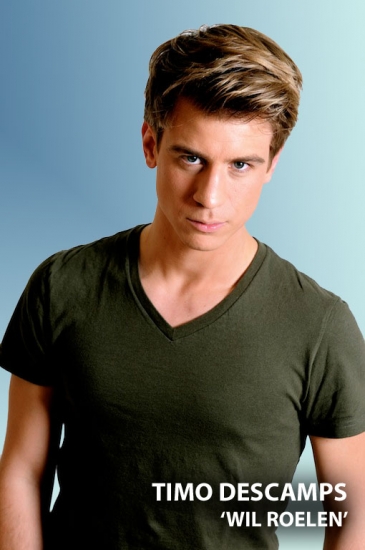 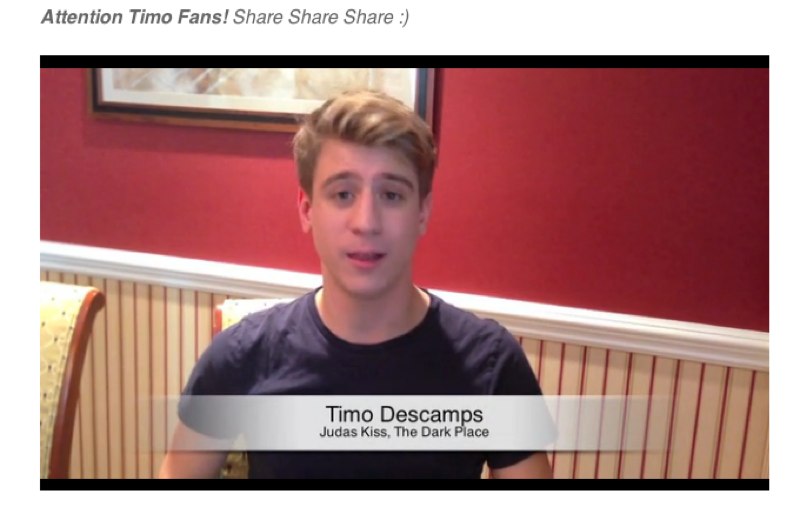 Meet Timo on video in his pitch for our Kickstarter project to help fund The Dark Place. Click on the Video tab below.

Since the release of Judas Kiss, Timo Descamps (Wil Roelen) has continued to impress with his music, modeling and acting. Timo was named Belgium’s Gay Icon, became a host on the OutTV network, has starred  in a string of musicals on the European stage and modeled for fashion magazines Bello and OhLaLa.

Timo started acting in television at 17 in the Belgian soap opera Family, followed by a leading role in the teen show, Spring. Then he won third place in the Belgian celebrity singing contest, Soap Star Superstar. On the heels of his musical success, Timo wrote and released his first single, “Phone Call.” After Judas Kiss, he released two more songs, “Like it Rough” and the charity video, “Tomorrow.”

Timo has dubbed starring roles in several European versions of Hollywood blockbusters, including How to Train Your Dragon, Happy Feet, Surf’s Up, The Chronicles of Narnia, and has hosted a show on Europe’s Nickolodeon network called Superstar: The Battle!