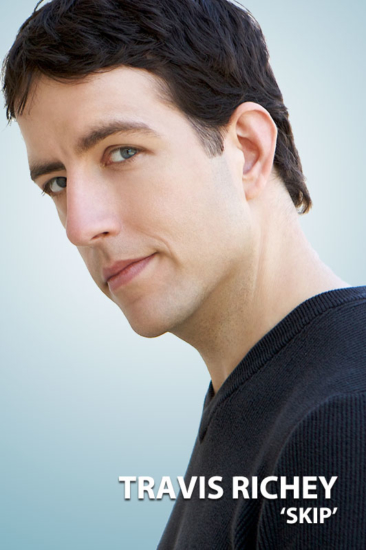 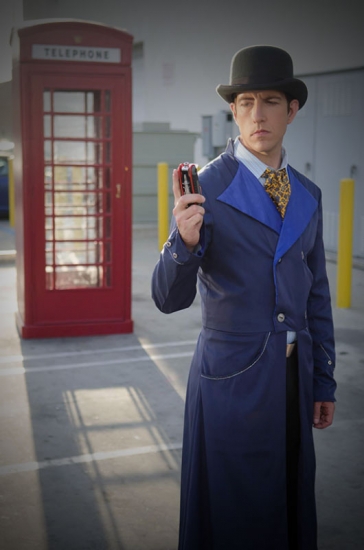 Travis Richey as Inspector Spacetime, a parody of Doctor Who, first introduced on NBC's comedy, Community, and has now taken on a life of his own. 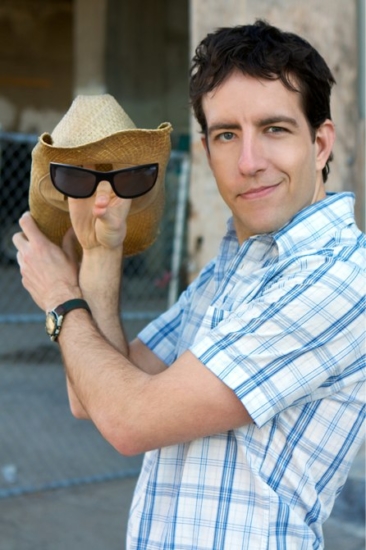 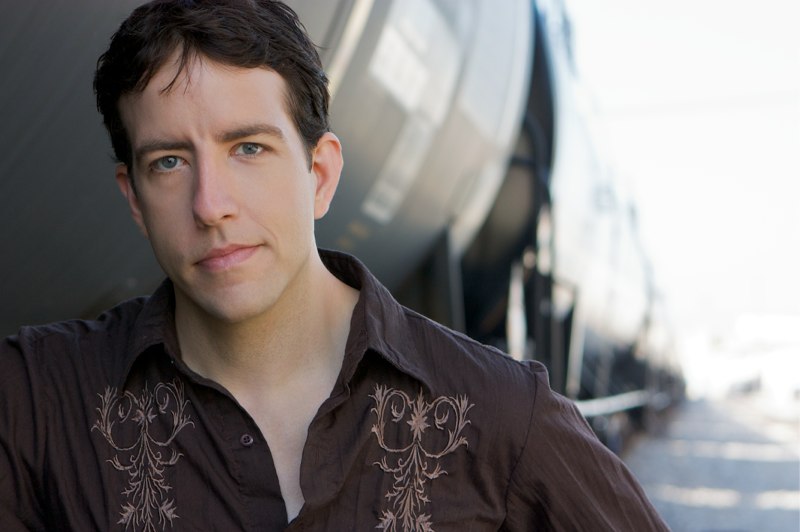 TRAVIS RICHEY has become well known for parody character Inspector Spacetime on NBC’s comedy hit, Community, and is joining the cast of The Dark Place. Richey takes on the role of Skip, the eccentric owner of a tow truck and garage in the town of Pressville, where the film is set. 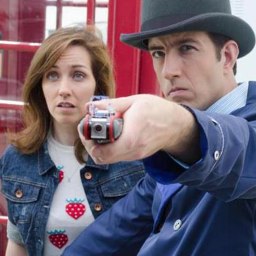 Richey is an actor-writer in West Hollywood, Calif. He has co-starred on NBC’s The Event, FOX’s Sons of Tucson, and Syfy’s Dinocroc vs. Supergator.  He has a recurring role on ABC Family’s Pretty Little Liars as Harold Crane, and on NBC’s Community as Inspector Spacetime, a role that launched him into the spotlight of Doctor Who fans.

He was recently featured at the large annual Doctor Who fan convention, Gallifrey One, in Los Angeles.

“After years of mutual admiration, we are so excited to finally work together,” said Dark Place director J.T. Tepnapa. “Travis brings humor and creativity to all his roles, and we expect him to offer a unique perspective and humanity to his character in our movie.”

« WATCH A CLIP of Travis Richey as Inspector Spacetime by clicking the video tab on the left!

Richey has achieved international renown as the creator of several webseries, including Untitled Web Series About A Space Traveler Who Can Also Travel Through Time, Robot, Ninja & Gay Guy, 2 Hot Guys In The Shower, Smiley Town, and an award-winning series of “Mac vs PC” spoofs.  His videos have been seen on CNN, Comedy Central, The Huffington Post, The UK Telegraph, PerezHilton.com, and dozens of other notable blogs and websites across the internet, where his work has garnered more than 3 million views.

The Untitled Web Series is currently raising money in its own Kickstarter campaign to produce a prequel episode to Season 2 of the series.