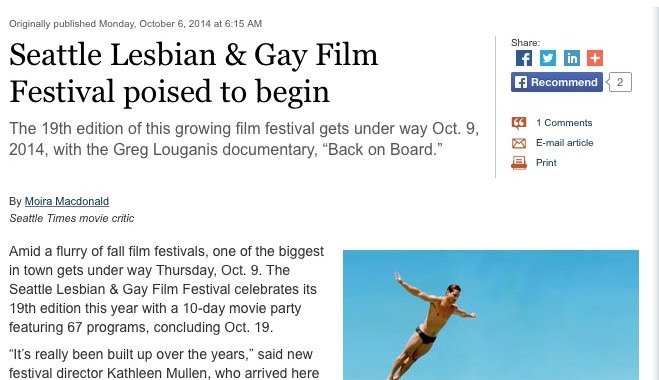 IN ITS PREVIEW of the Seattle Lesbian & Gay Film Festival opening next week, the Seattle Times spotlighted The Dark Place‘s producer Carlos Pedraza as a local filmmaker featured in the festival’s “Local Connections” selection. Carlos also has a short film screening the same day at the Seattle festival. Read the Seattle Times preview of the […]